About
What to see
About
(2,600-4,500m/8,530-14,765ft) This lovely valley is the religious heartland of the nation and home to some of its oldest Buddhist temples and monasteries. Tales of Guru Padmasambhava and the tertons (“religious treasure-discoverers”) still linger in this sacred region.
What to see 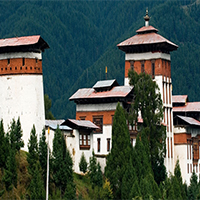 Constructed in 1549 by the great grandfather of the first Shabdrung, the dzong was initially built as a monastery. It was upgraded in 1646, after the Shabdrung had firmly established his power. Jakar Dzong is now used as the administrative center for Bumthang valley, and also houses the regional monk body. 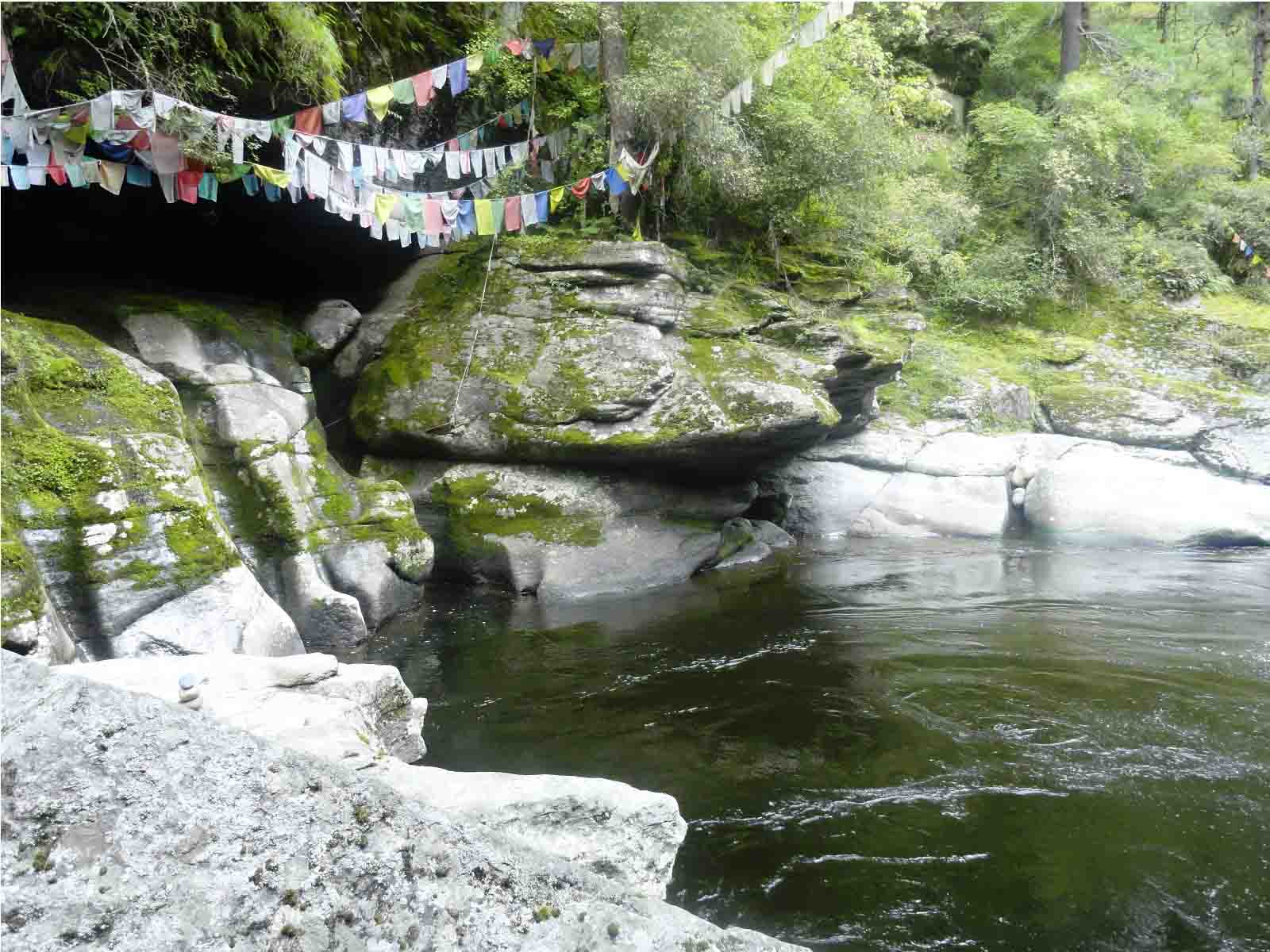 “Burning Lake” is one of the most holy pilgrimage sites of Bhutan where Pema Lingpa found treasures hidden by Guru Rinpoche and thus became a terton, ‘discoverer of religious treasures’. Mebartsho is not a lake but a gorge in Tang river that runs through Tang valley. Visitors and pilgrims offer lighted butter lamps on the water.

Start at Jambay Lhakhang which was built in the 7th century by the Tibetan king Songtsen Gampo. It is one of 108 monasteries which he built to subdue evil spirits in the Himalayan region. Its present architectural appearance dates from the early 20th century. Then continue to Kurjey Lhakhang, heading further into the valley through farmlands for half an hour. Kurjey Lhakhang comprises three temples. The one on the right was built in 1652 against the rock face where Guru Padmasambhava meditated in the 8th century. The middle temple is built on the site of a cave containing a rock with the imprint of the Guru’s body, and is therefore considered to be the most holy. The temple on the left was built in the 1990s by H.M. Ashi Kesang, the Queen Mother. These three temples are surrounded by a 108 chorten wall. Both Jambay and Kurjey Lhakhang are located on the left banks of Bumthang Chhu (river). Continue the valley walk from Kurjey Lhakhang across a suspension bridge through small villages and farmlands. Arrive at Tamshing Lhakhang located across the river from Kurjey Lhakhang. This temple was founded in 1501 by Terton Pema Lingpa, a re-incarnation of Guru Padmasambhava. There are very old religious paintings around the inner walls of the temple, which was restored at the end of the 19th century.

From Jakar to Ura is 48 km., about one and a half hours’ drive. To reach here, the road climbs through amazingly open countryside, only occasionally running into forest. Sheep pastures line the road up to 20 km. behind the southern tip of the Tang valley. The road crosses Ura-la pass (3,600m), on the approach to which there is a magnificent view of Mt. Gangkar Puensum. Ura village is about an hour’s walk down hill from Ura-la pass following an old trade route. Villages in Ura have clustered houses, which is quite unusual in Bhutan. Above Ura village (3,100m) there is a new temple is dedicated to Guru Rinpoche. Inaugurated in 1986, it contains a huge statue of the Guru and remarkable wall paintings of the cycle of his teachings. Within the last 25 years Ura has been transformed from a marginal community to a prosperous valley.

This monastery is located at 3350m/10990ft on a cliff that rises above the valley floor. It is one of the sites where Guru Rinpoche meditated and a small temple is believed to have been built there towards the end of the 8th century. The present structure was established in 1488 by Pema Lingpa and made it one of his residences. The monastery is a three hour easy walk along a ridge flanked by small villages on both sides. In addition to the scenic walk, the view of Tang Valley below is spectacular from this monastery.

Museum of the History & Life of Ogyenchoeling

Ogyenchoeling Manor is a private property that was converted into a museum by the initiative of the family in May 2001. In the mid 14th century, the place was occupied by the Nyingmapa master Longchen Rabjam as a retreat site. Towards the end of the 14th century, the saint Dorje Lingpa decided to settle there and it was here he discovered many religious treasures. In the 19th century, Trongsa Penlop Tshokye Dorje, a descendant of Dorje Lingpa built the palace which is seen today. An earthquake in 1897 damaged the structure and was rebuilt by Trongsa Penlop Tshokye Dorje’s grandson Jakar Dzongpon Ugyen Dorje. The visit to the museum offers a good opportunity to see a long-gone way of life in a lord’s manor before the 1950s. The main structure includes the kitchen, granaries, library and printing room, trade room, reception room, and religious dance costumes room. A separate building called the Jokhang houses two temples with exquisite works of art by Tibetan artists. The statues and paintings date back to the beginning of the 20th century. The museum is a 2 hour drive from Jakar and another 45 min walk to the museum. The tour around the museum would take 1-2 hours.

A walk of about 30 minutes north of Kurjey Lhakhang leads one to this monastery, situated in the middle of a wide fertile plateau overlooking the river. Founded in 1470 by Shamar Rinpoche of the Karma Kagyupa religious school, the building comprises two sanctuaries and a temple of terrifying deities. The sanctuary on the ground floor contains statues of the past, present and future Buddhas and three clay statues probably dating to the end of the 15th century. On the upper floor, the vestibule contains two remarkable paintings of Guru Rinpoche’s heaven, and the Buddha Amitabha’s heaven.

This temple is a few hours’ walk from Thangbi Gompa, situated about 100m above the valley floor in the small region of Ngang Yule (“Swan Land”). The site was visited by Guru Rinpoche. The present temple was built in the 15th century by Lama Namkha Samdup, a contemporary of Pema Lingpa. A three day festival is held here each winter, with masked dances in honor of the founder of the temple.